Lost in Morocco - This American Girl 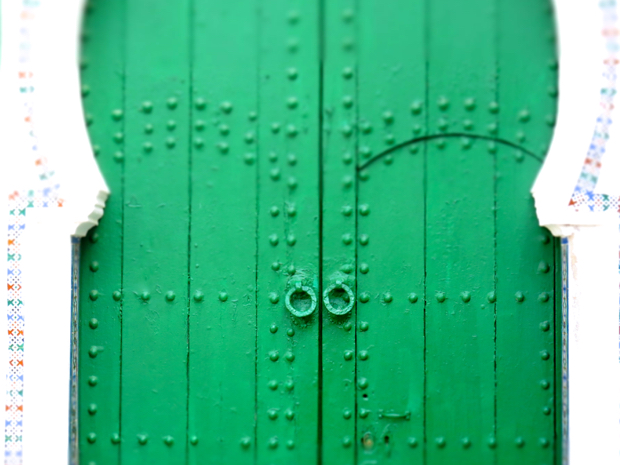 The call to prayer echoes off of the stonewalls of the medina before sunrise. 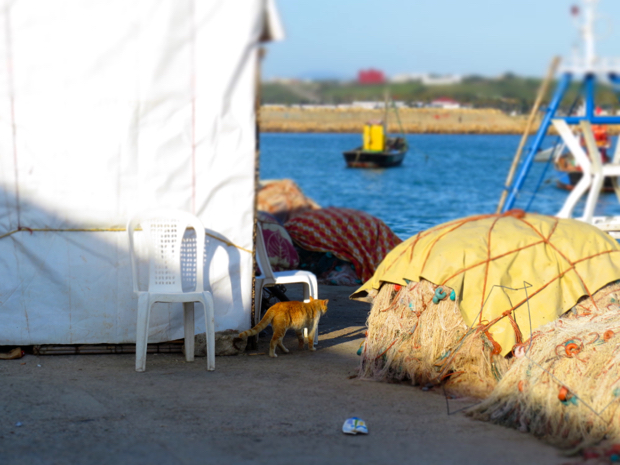 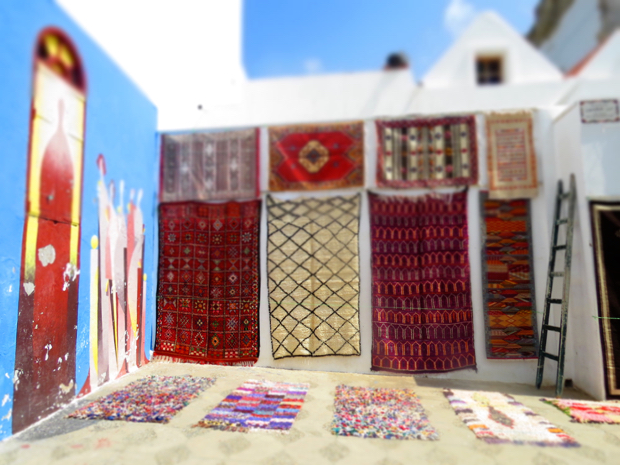 Terracotta earthenware spills onto the sidewalk from shops painted in bright blue hues. 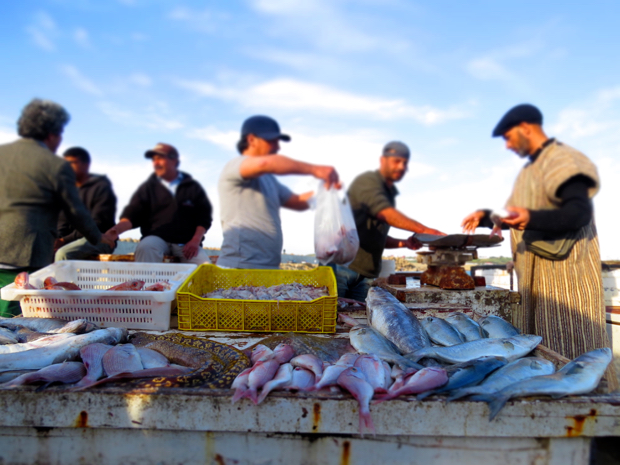 Each “hola,” “bonjour,” and “hello,” reminds me that I’m a single foreign woman, among swarms of Arabic men. 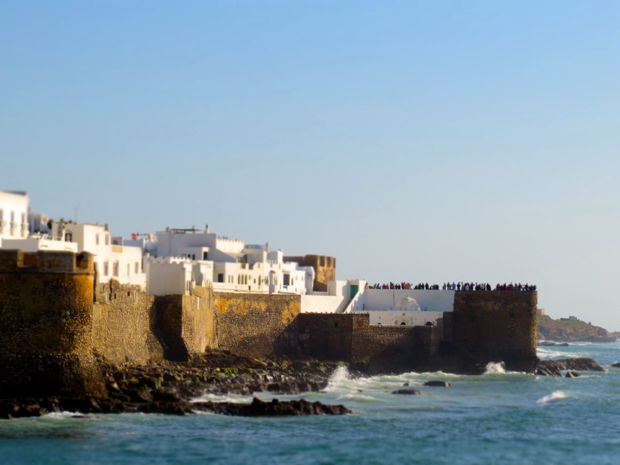 Two years ago I came to Morocco from Spain in search of adventure. Europe, though wonderful, though beautiful, wasn’t lighting my fire. I wanted to feel lost and confused and overwhelmed in a place so foreign that it launched my senses into overload. 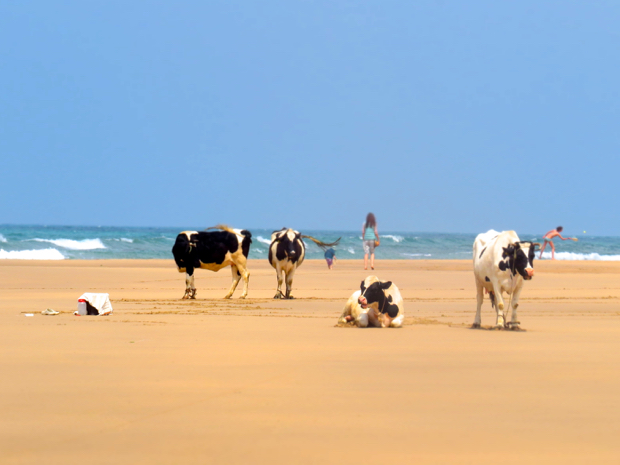 Morocco delivered with pungent spices and farm animals, vibrant colors and patterns, and a way of life that seemed to escape time. People helped me in ways I never could have imagined while others tried to scam me at every opportunity. I swam in crystal clear waterfalls, slept under the stars in the Sahara desert, and got lost in the souks constantly. I found myself in another world. 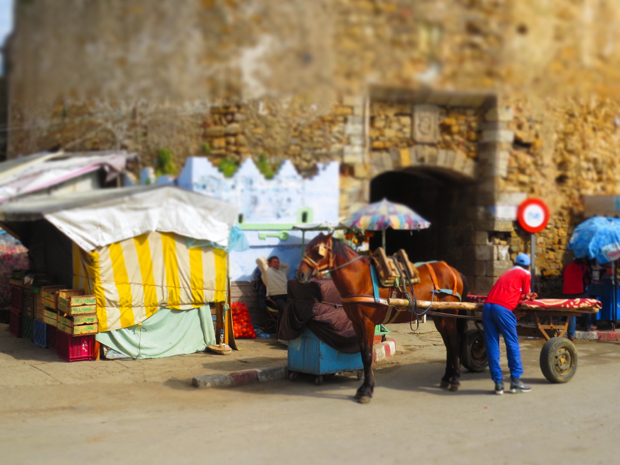 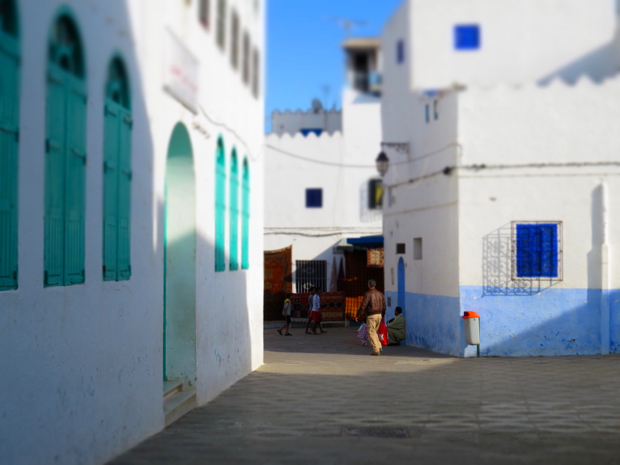 I also wondered what I would see looking at Morocco two years later. With more grown up eyes. 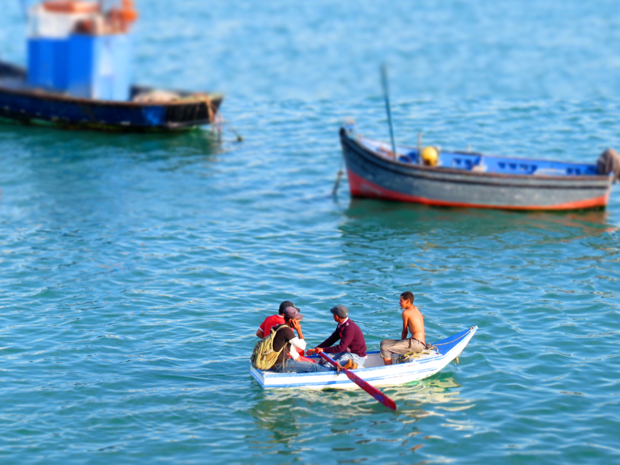 Ironically, when I left Morocco the last time, I told myself I never needed to go back. That I had seen what I needed to see, and while it amazed me, I didn’t find it a particularly relaxing place to spend time in. 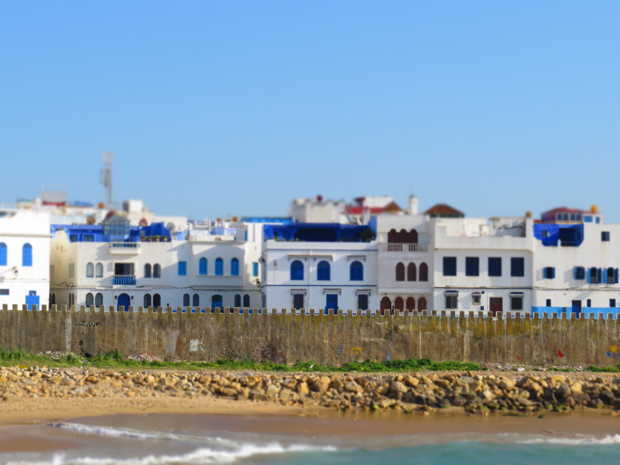 Though whether I’m in Morocco or not, Morocco will forever be part of my life, because Morocco is part of my family. 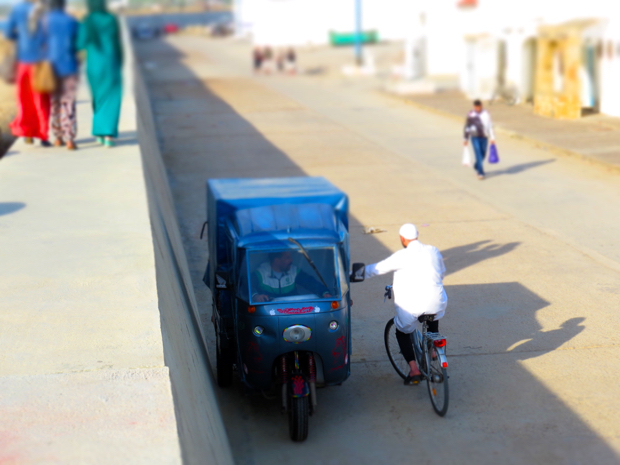 Traveling in Europe I’ve often heard people talk about Moroccans as if they were the worst people on the planet. People whom you can’t trust. A general nuisance in an otherwise beautiful country. 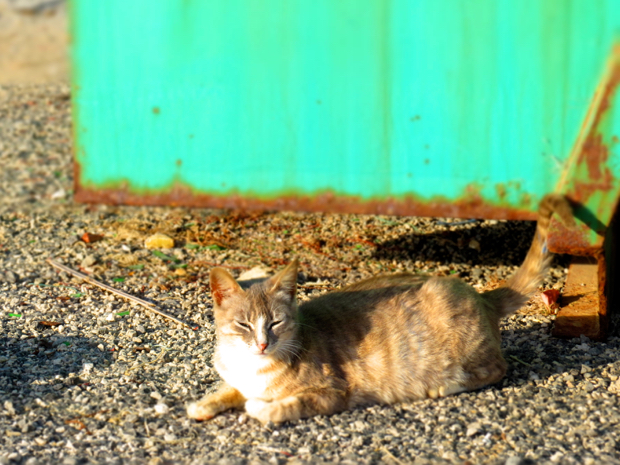 A blogger said to me recently, “the best thing about Southern Spain is that you have Moroccan architecture, without having to deal with Moroccans.”  A few nights ago in Tarifa, I met a Brit, who after a few drinks, told me that “North Africans are the slimiest people in the world, especially the ones who wear leather jackets.” 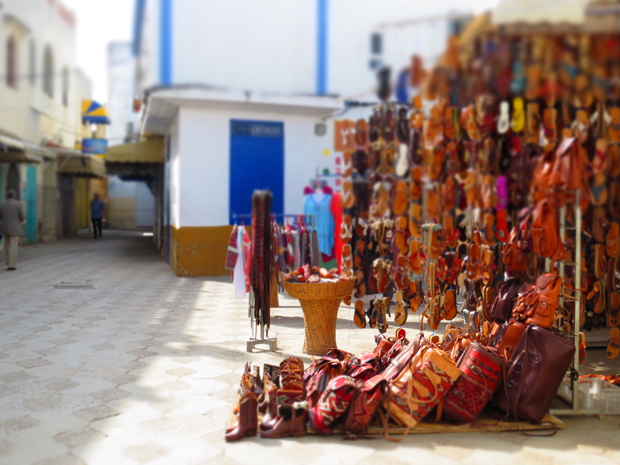 I immediately respond that my sister has a Moroccan husband. That for the last twelve years I’ve heard Arabic at family parties, exfoliated my skin with a hamam mit, and eaten late night tagine and couscous during Ramadan. That my three-year-old nephew has a Berber name and speaks both English and Moroccan. 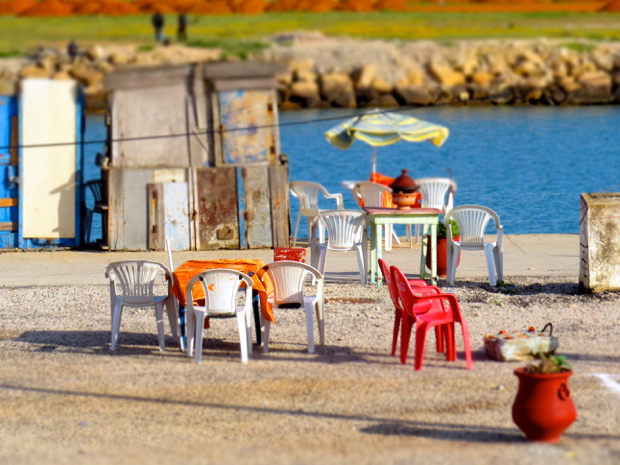 That my sister did not convert to Islam, doesn’t cover herself, and has a Master’s degree in Women’s Studies in the Middle East. That the Moroccans I know are not only open minded, but are more generous and genuine than most Americans I know. 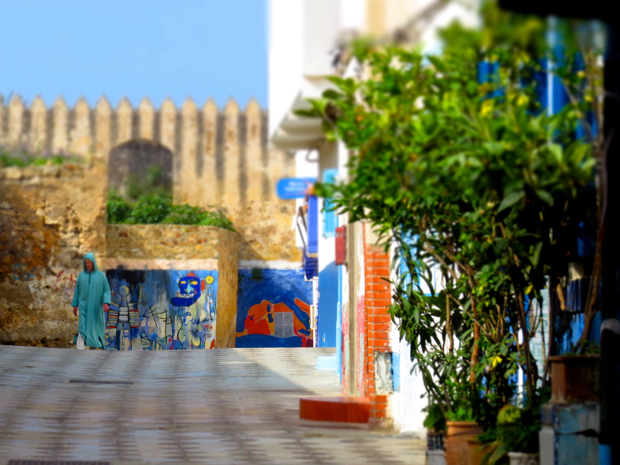 Though when travelers voice frustration about Moroccan culture, in many ways I understand. Admittedly, I don’t find Morocco an easy place to be in either. Even after 3 years of traveling in 22 countries on five continents, I’m experiencing some culture shock. 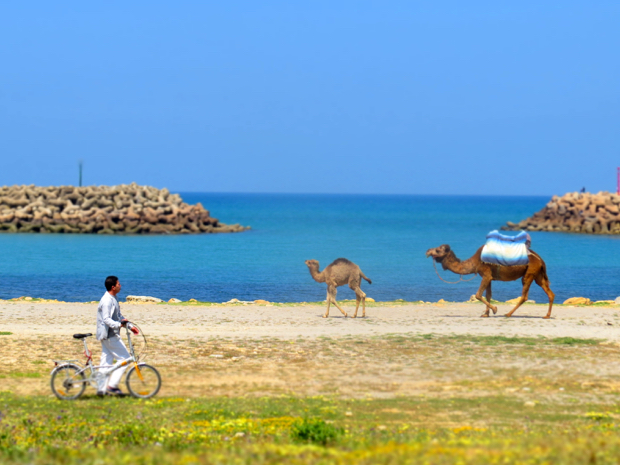 In one moment I feel mesmerized by the close-knit community I witness. In the next I feel trapped by incessant attempts of men to spend the day with me. I feel a humbling level of generosity from some, and a disconcerting level of hustle from others. I feel kindness and respect, but it’s hard for me to imagine living in a world where I have to cover myself all of the time, just because I’m a woman. 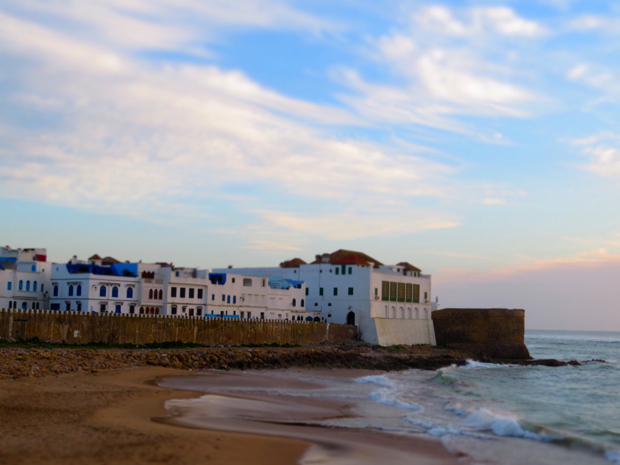 Interesting how when longing for freedom, I decided to come to a part of the world that most people perceive as depriving women of freedom. Strange that when all I really want to do is to dive naked into the turquoise ocean and eat coconuts fresh from the trees, I’ve decided to come here. When I start to think about it too much, anxiety kicks in. I feel compelled to do something drastic to change my circumstances. 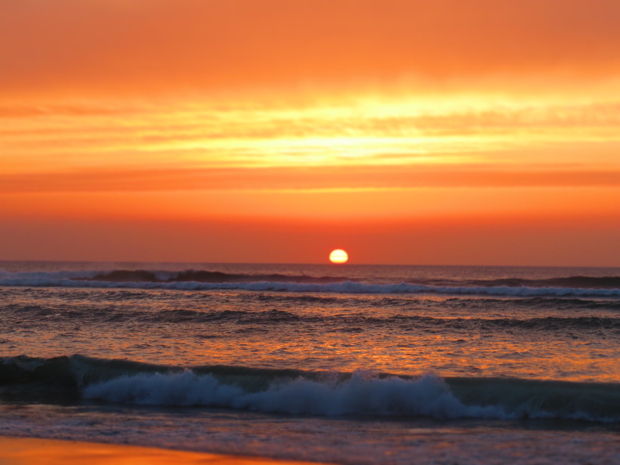 But tonight in Asilah, wandering along the fisherman’s wharf, looking into the eerily intense eyes of the feral cats, and seeing the most incredible sunset over the ocean, I felt the words “I could surrender to this.” And to me, surrendering to the present moment, no matter where I am, brings me peace. 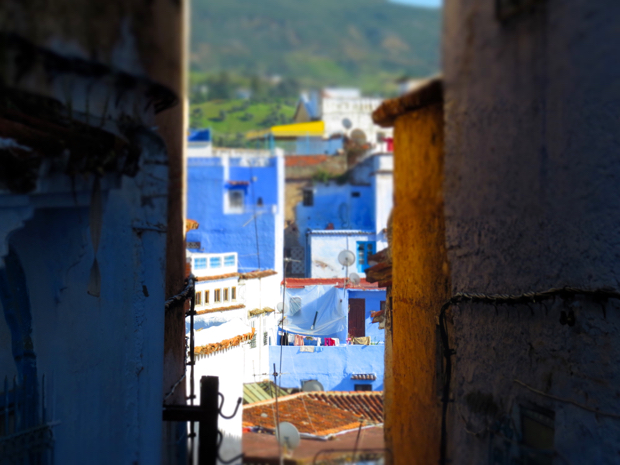 So for now, I’m getting lost in the maze. 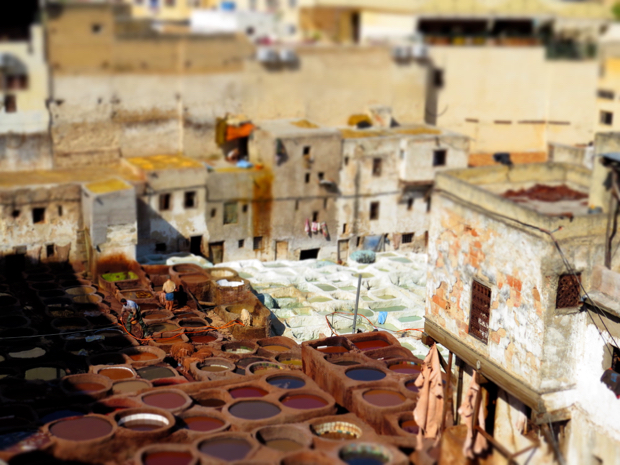 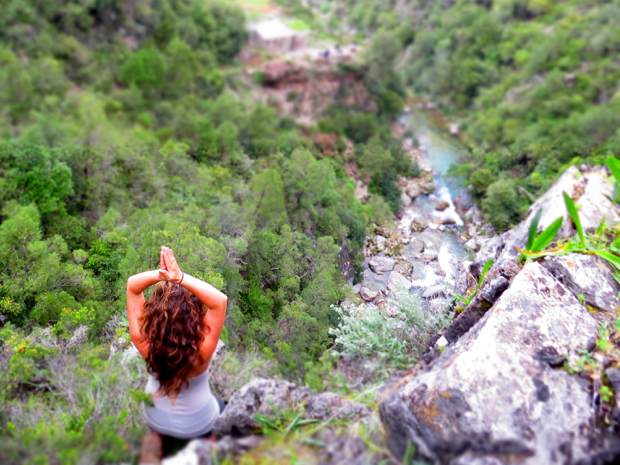 When I Thought That I Was Going to Die