How to Change the World - This American Girl

How to Change the World 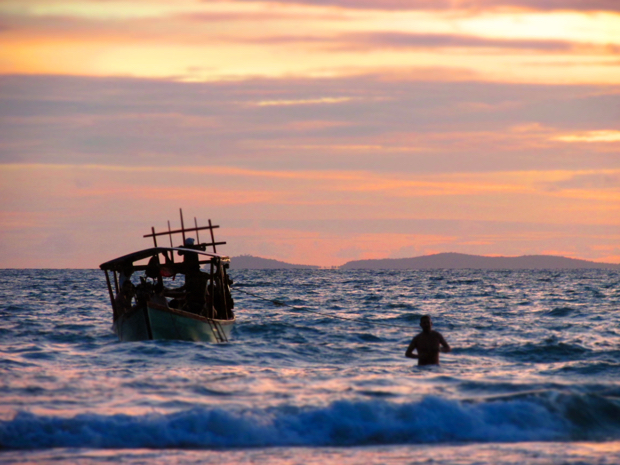 The criticism I receive most often from readers is:

“You’re not doing anything to make the world a better place.” 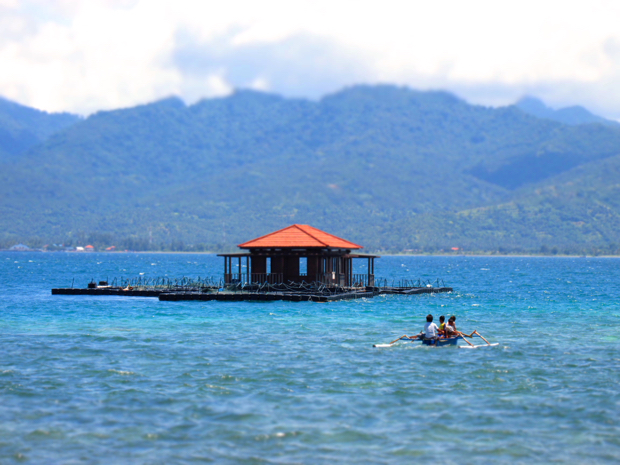 And frankly, I know that’s all a bunch of bullshit.

But it all has the same starting point: YOU. 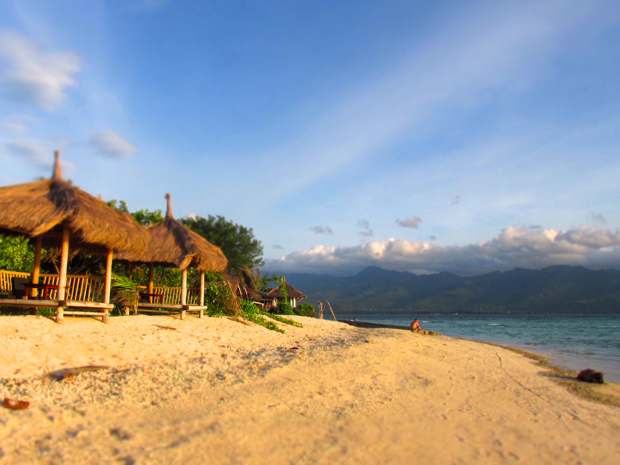 Ghandi put it best when he said, “be the change you want to see in the world.” Each of us has very little control over the actions of others and the course of fate. What we do have control over is the energy we put forth into the world.

Today I’m encouraging each and every one of you to BE that change. This is where it starts. 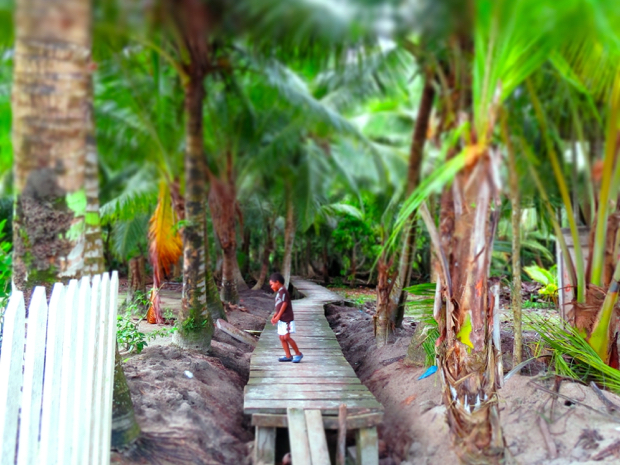 Believe That You Are Worthy

How much suffering could end this very second if every single human being believed that he was worthy is nothing short of spectacular. End your own suffering now by shifting your dialogue to positive self talk as often as possible. Once we recognize how beautiful, lovable, and perfect we are, we can inspire others to do the same. 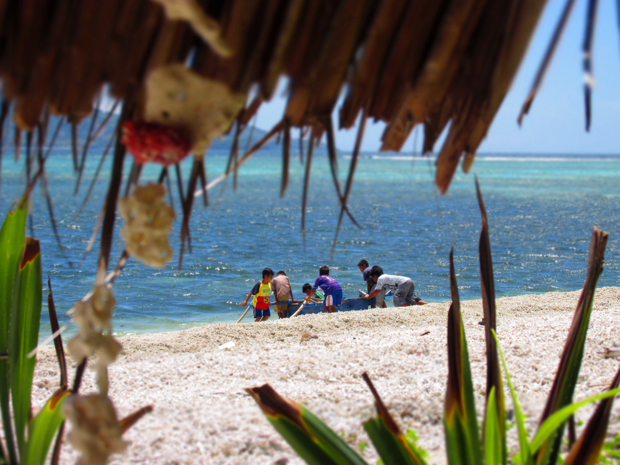 Be a Force of Positivity in the World

What I observe each time I return to the USA is how negative people can be. I hear more rants than gratitude and more problems than solutions. This is why it’s so important to be a force of positivity in the world. We have enough anger, enough resentment, enough frustration, but we can never have too much light and love. Extend your positive self-talk into your dialogue with others. Tell a story of positivity instead of one of despair and eventually people will start to listen. Keep telling it and maybe they will even start to believe it. Keep on telling it and one day it will become the story of our culture. 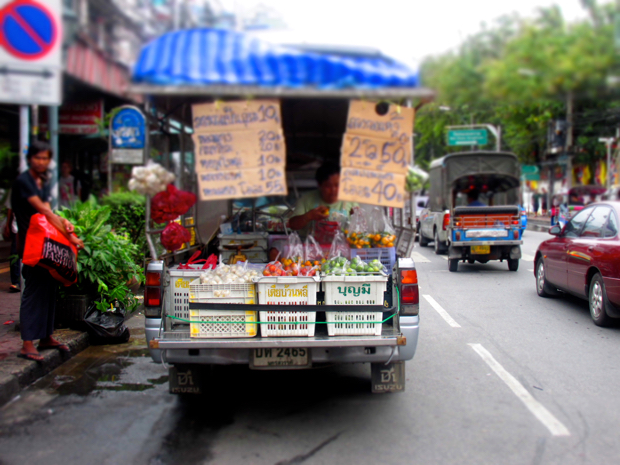 If you want to change the world, it’s helpful to know what the world is like. The more I travel the more I recognize just how little I do know about it. Immersing yourself in a culture very different from your own tremendously expands your perceptions of reality and possibility. Travel as often as you can, be humble, observe and ask questions. We have so much to learn from one another about how to live. 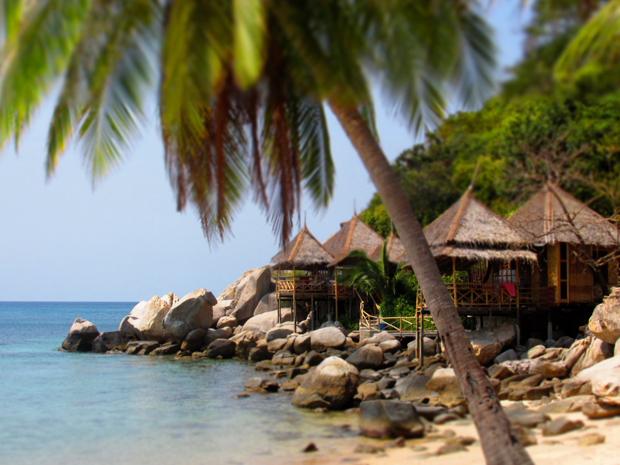 I remember a time when I believed in right and wrong. I believed in a singular path I was meant to follow, the same path we were all meant to follow, and that I must live by a standard set of rules. Traveling and seeing that no “one” anything even exists caused that belief to crumble. “Being productive” doesn’t have to mean inventing a new form of technology or making a rich company richer. “Helping” doesn’t require becoming a healthcare professional or a philanthropist. Your best chance at inspiring others is in fact by doing what inspires you. Consider what path makes you feel the most alive and fulfilled. Likely that lifestyle will be the one that makes a positive impact on the world. 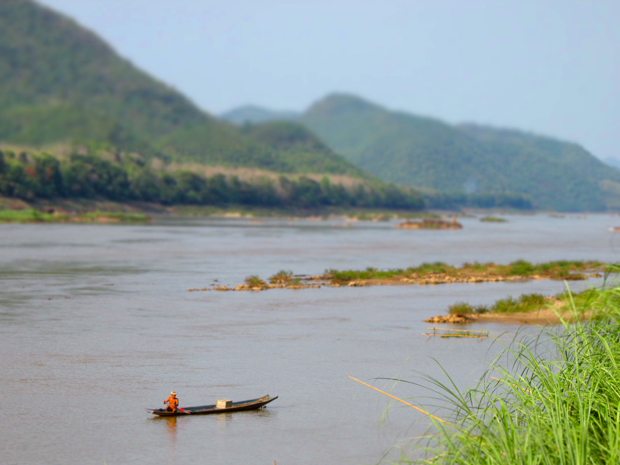 Explore Who You Really Are

We limit our possibilities for how we can live when we attach to an idea of who we think we are. Get to know the you that is more than the dialogue in your head or the reflection in the mirror. Become acquainted with your body sensations and with the feeling of your breath. Observe your thoughts and emotions with the wisdom of an outsider. Accept that you are a beautifully complex every evolving tapestry and the you that has been there all along will shine through. 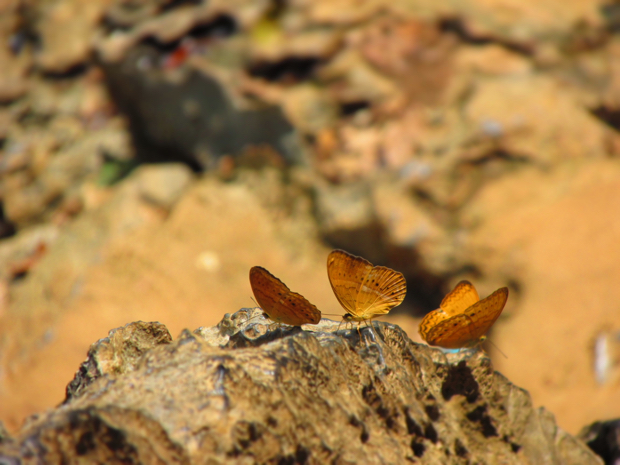 Nothing shows me who I am like nature. Go and press your palms into the dirt when you wake up in the morning, stare at animals as if for the first time, and remember where you came from. The more we recognize that we not only are a part of the earth, but we belong to the earth, the more we will value its preservation. My wise yoga teacher Indira Kalmbach says, “when we see the skin of the earth as an extension of our own skin, we tread lightly on the earth.” 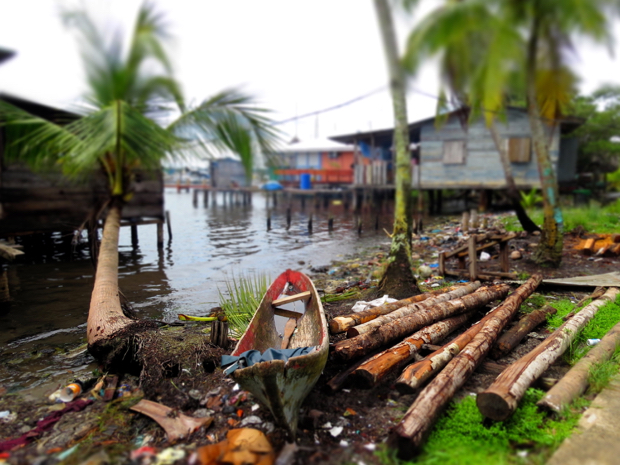 Appreciate What You Have

The surest way to lessen environmental destruction is by consuming less. Problems like global warming and world poverty would not exist if it weren’t for the constant desire for more. This need for faster food, bigger houses, newer cars, and a lifetime of endless consumption is insatiable. More “stuff” doesn’t fulfill anyone. I know some of you may already be thinking, “well more stuff may not fulfill you but it certainly would make a homeless family happier.” What I’m talking about here is something different. I’m talking about the prevalent belief in our society that no matter how much you have it will never be enough. Rich and poor people alike enact this story. I’m not telling you to get rid of everything and live like Robinson Crusoe. What I’m suggesting is that we start appreciating what we have more often than we long for something else. 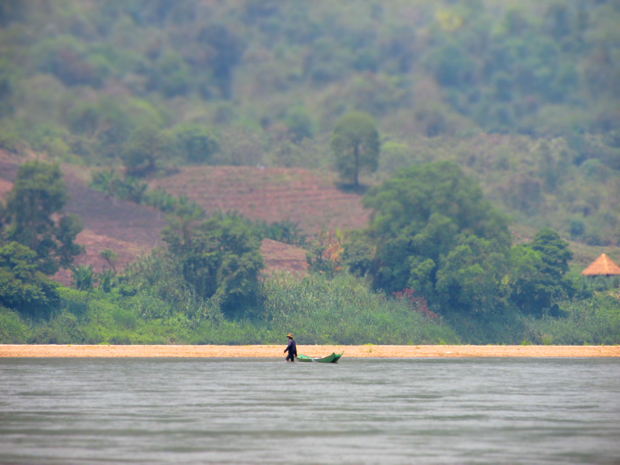 My inspiration for this one comes from Marianne Williamson’s A Return to Love, and before that from my friend and health coach Carly Shankman. The more I consider the idea that fear and love are two opposing forces that guide everything that we do, the more I notice how much better life can be when we choose love. Fear is a necessary evolutionary function that we have just like every other animal on earth. It ensures survival. However, as a culture we’ve become so fear based that we’ve not only threatened our own survival, we’ve threatened the survival of everything on earth. How might that story change if we became consciously aware of the moments when we’re unnecessarily acting from a place of fear and we purposefully chose love instead? This song offers an uplifting answer. 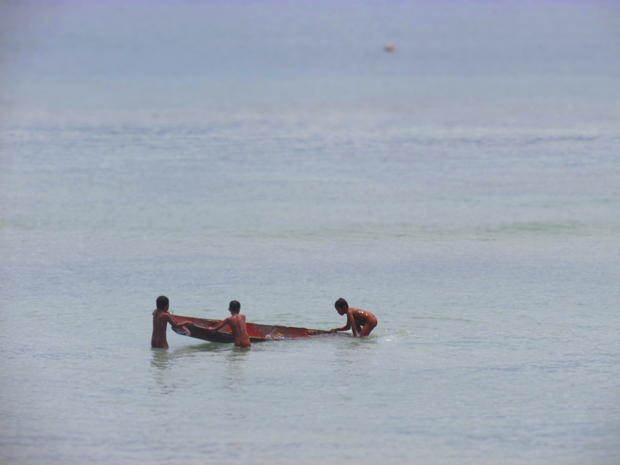 I’ll invite you to try an exercise I’ve been doing for the last six months. Every time you find yourself upset with someone, notice if you’re blaming them for something. If you are, explore what the source of that blame is. Is it your own guilt or anger that you need to displace onto someone else because it scares you to own it? When I practice this exercise I notice that I habitually blame other people all of the time. Like so many others I’ve been programmed to do so. The liberating thing about this exercise is once you get down to the source of the blame, you can release it. Seeing that you are inherently worthy no matter what you do, frees you from the need to blame anyone else for anything. You don’t have to prove what you are worth. You can “eat” the blame because the blame doesn’t even exist. When the blame goes away, we can search for solutions rather than find who’s at fault for the problems. Instead of playing “who stole the cookie from the cookie jar,” we can come together and bake more cookies. Sounds like a way better way of living to me. 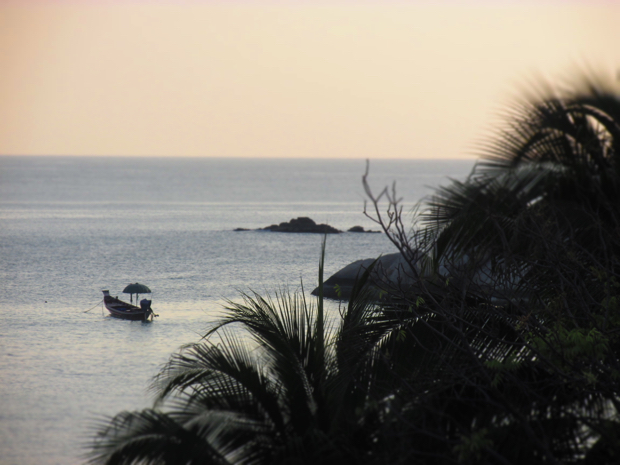 I’m a firm believer that often the most productive action you can take in any situation is surrender. In yoga asana you often hear that the final resting pose in the practice, savasana, is the most restorative pose of all. It’s the pose of allowing yourself to do absolutely nothing. Similarly the best way that we can heal the world is to stop trying to control it. Life has a wisdom far greater than our own intelligence. Above all else, it knows how to live. If we want to ensure life on planet earth, we need to LET IT. Spraying all of the cockroaches, yielding more crops because of pesticides, and killing anything that we believe threatens our survival is the surest way to end all life. Let creatures live that you may not understand. Let people live in ways that you may not understand. The best thing that you can do to make the world a better place is to keep living while allowing everything else to live too. One need not come at the expense of the other. One depends entirely on the other. 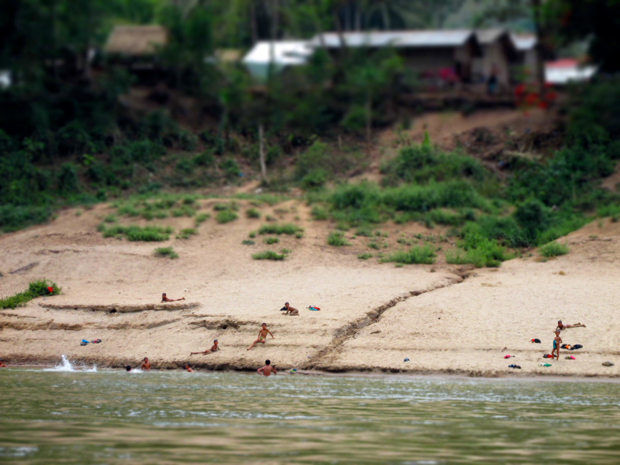 Think about the way that you learned about the world from the time you were born. If you’re anything like me and the other humans who have lived for thousands of years, you learned about the world through storytelling. Stories come in the forms of books, fairytales our parents tell us, and conversations we overhear that may not even be meant for us. Stories shape our entire view of who we are and how life works. Long story short, stories are unbelievably powerful.

Resources That Inspired This Article:

A New Earth by Eckhart Tolle

A Return to Love by Marianne Williamson

The music of Nahko and Medicine for the People 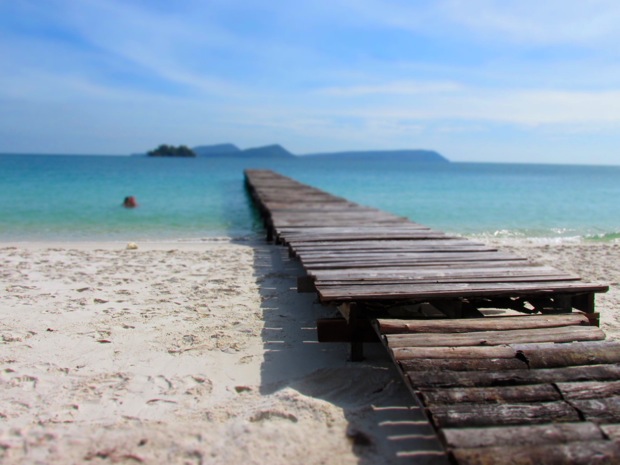 20 Daily Practices That Changed My Life 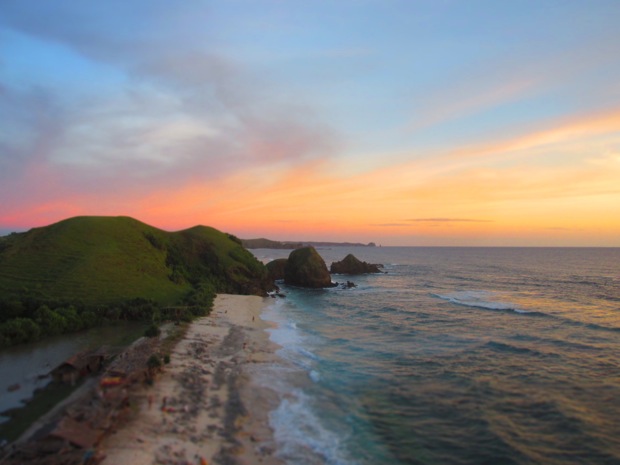 10 Ways to Get Unstuck and Create Change NOW