In the Caribbean of Vietnam - This American Girl

In the Caribbean of Vietnam 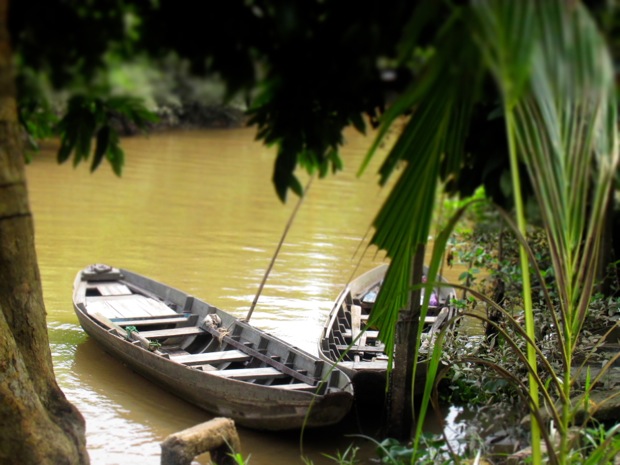 Before departing for Vietnam I was lured by romantic images of the Mekong Delta’s muddy waters cluttered by boats brimming with fruits, vegetables, and rice hat wearing vendors. 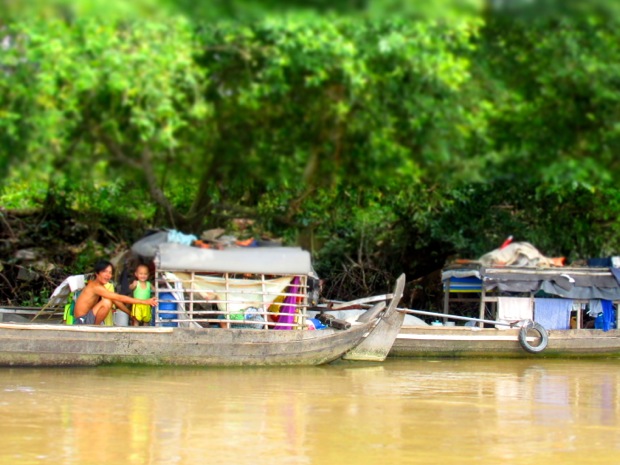 In search of the true Vietnam, down in the agricultural heart of the country, tourists pile into air conditioned minivans from Saigon en route to the delta daily. 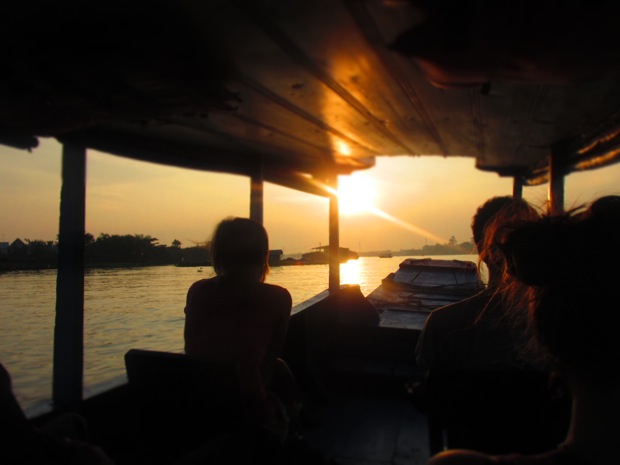 They taste coconut candy in a factory, visit honey farms, and cruise through floating markets. 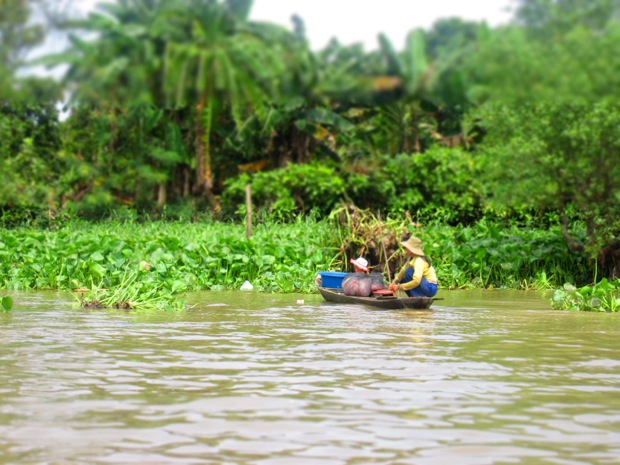 But as I discovered recently, Vietnam’s Mekong cannot be experienced in an image, a video, or on a tour. 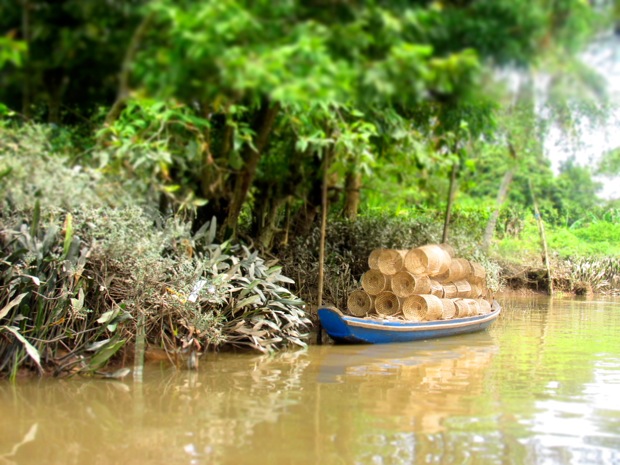 This is not a place created for photographers or tourists. 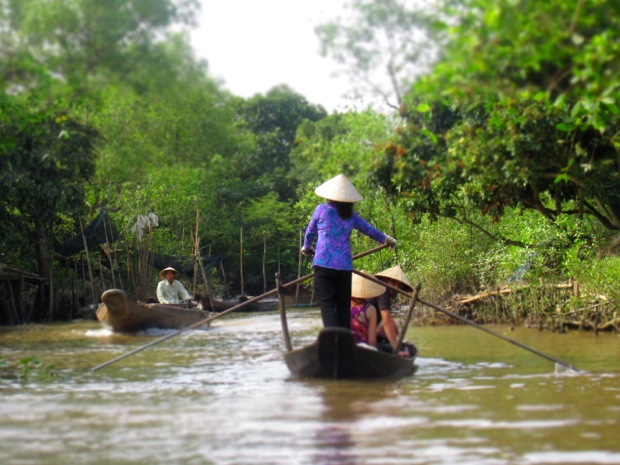 This is not a place where cathartic moments occur rowing down channels or spending the night in a homestay. 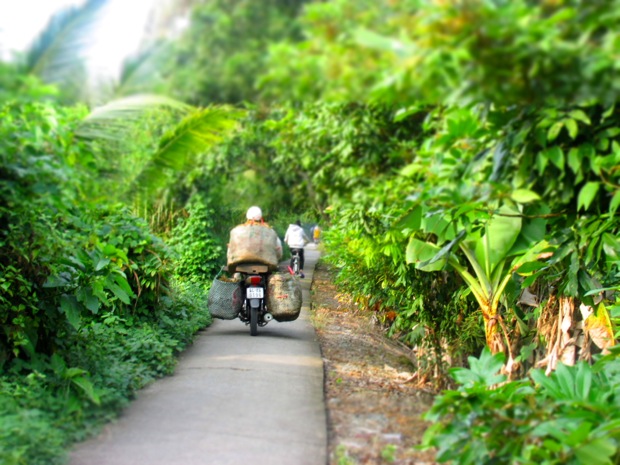 The Mekong is a place where an outsider can simply do her best to understand. Where life moves slowly while tours speed through. 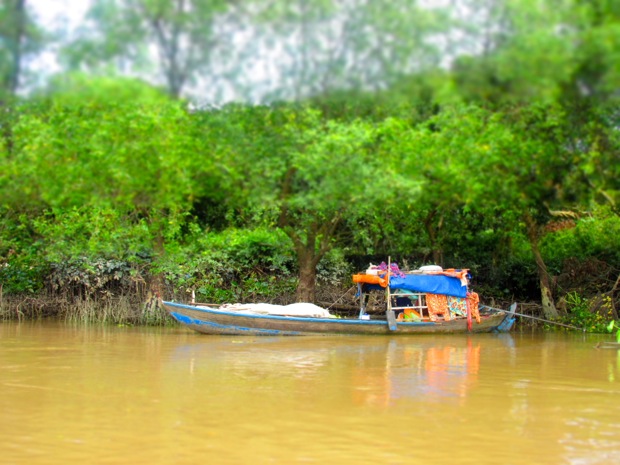 So instead of the usual overnight excursion, I decided to spend my time on An Binh island. 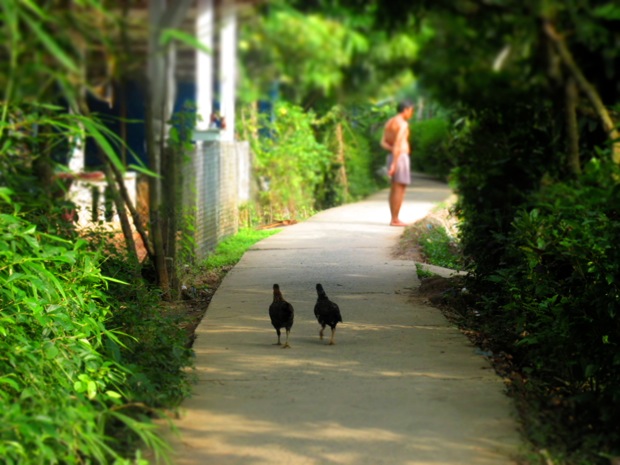 Where winding pavement paths underneath archways 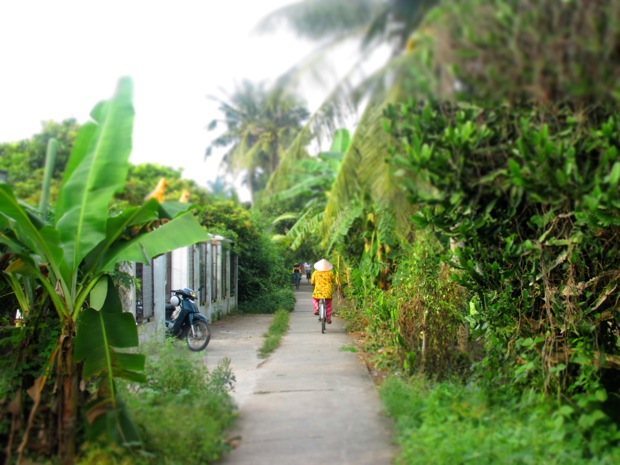 Schoolgirls passed me on bicycles 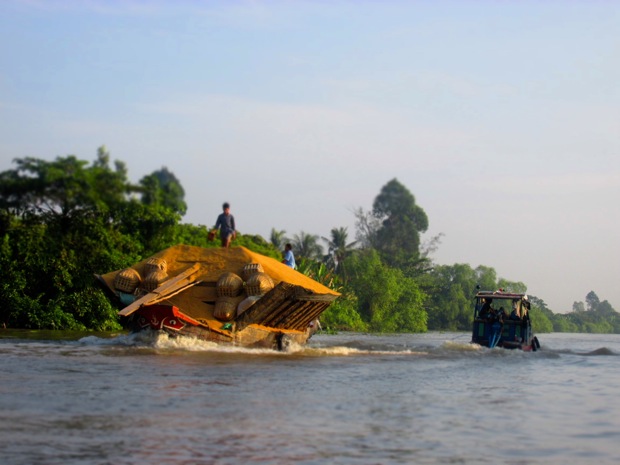 or floated sleepily around the island. 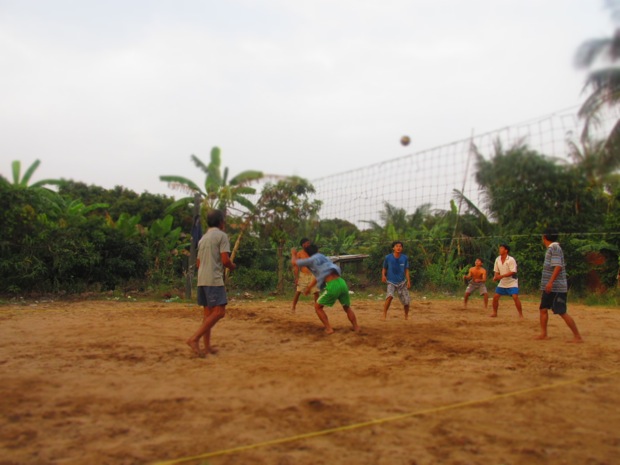 Men played rounds of volleyball in the sand, inviting me to watch them play. 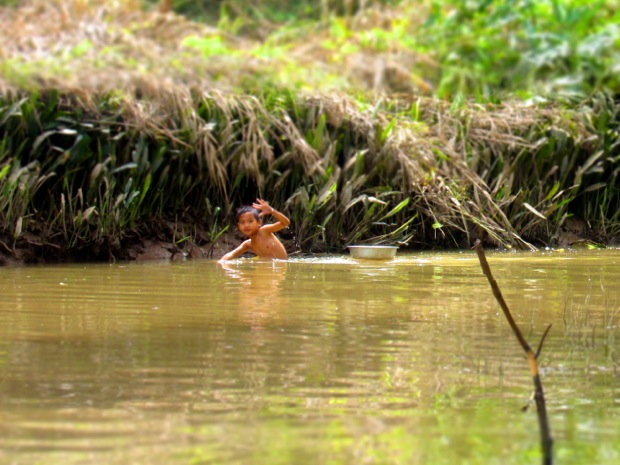 local kids took to swimming in them after school. 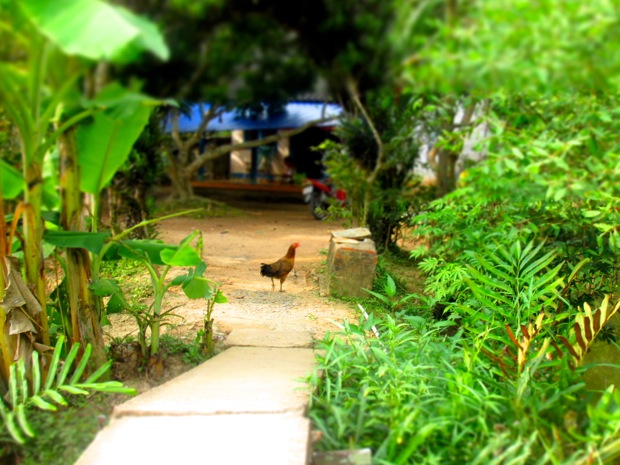 Roosters woke me in the morning

crickets sang out my window lulling me to sleep at night. 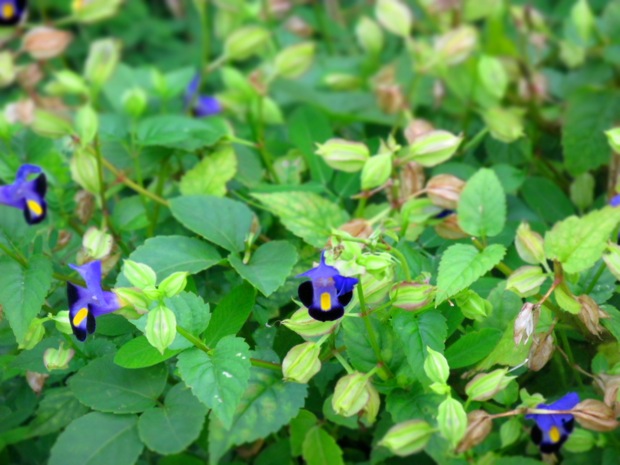 I wondered if I had found the Caribbean 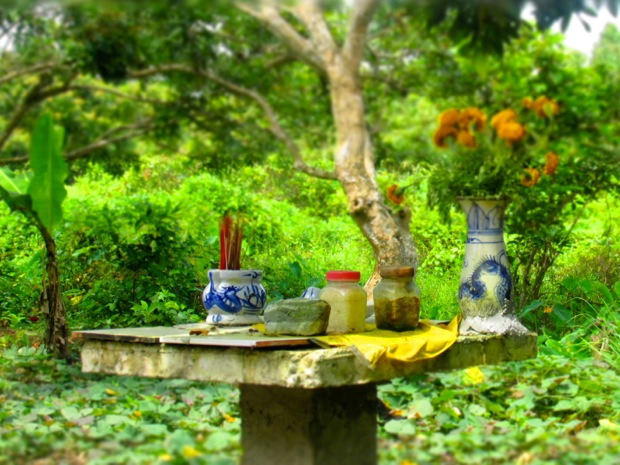 with shrines and offerings

instead of rastas and reggae 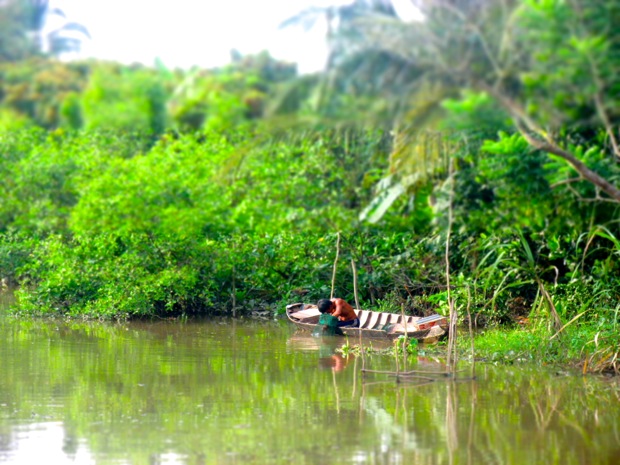 with brown rivers instead of turquoise sea. 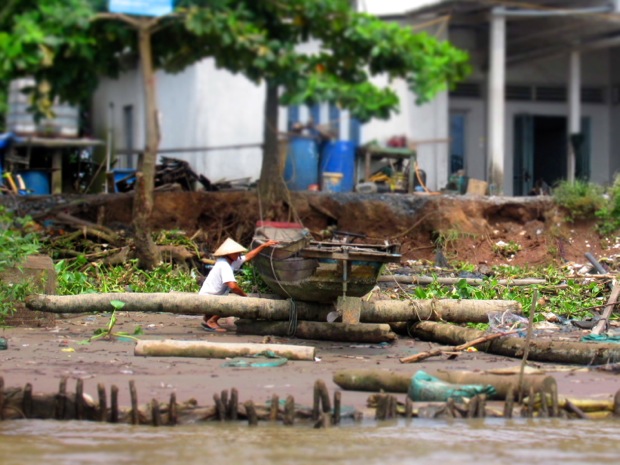 Yet despite its quaintness

the island was covered in trash 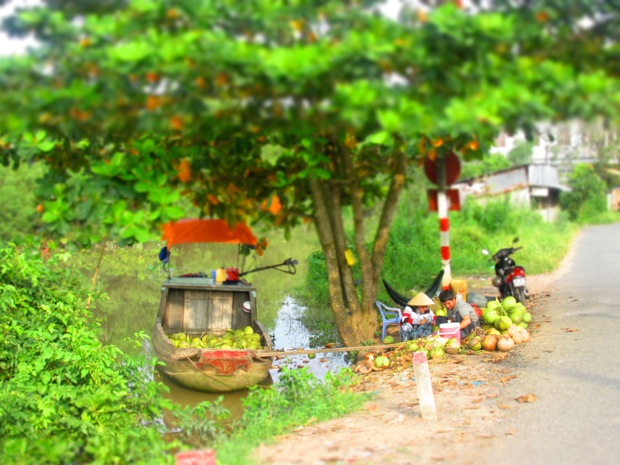 floating in its waters

and choking its jungle 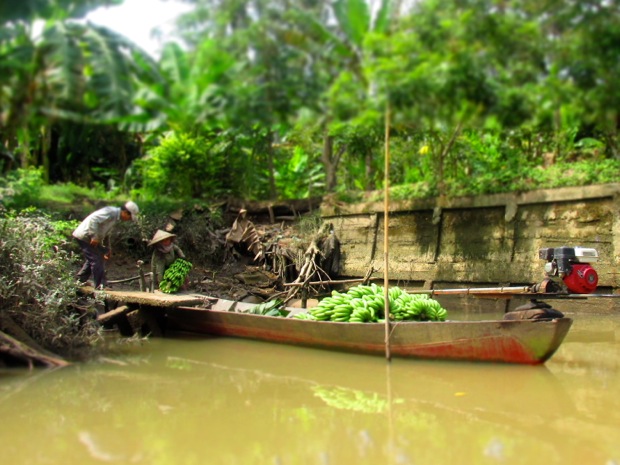 eating garbage and other farmed fish. 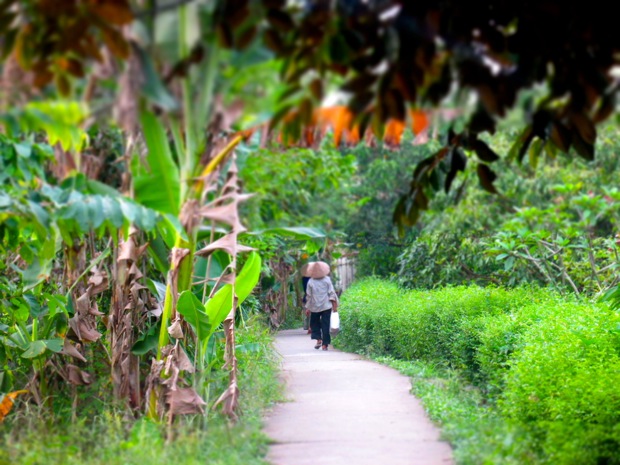 I remembered that I was still in Vietnam. 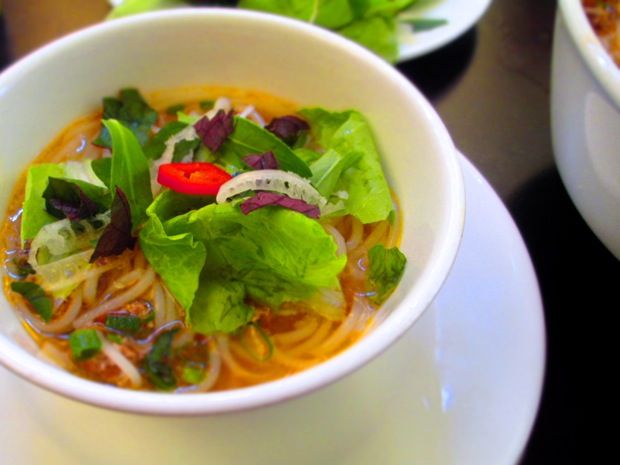 How to Eat in Vietnam 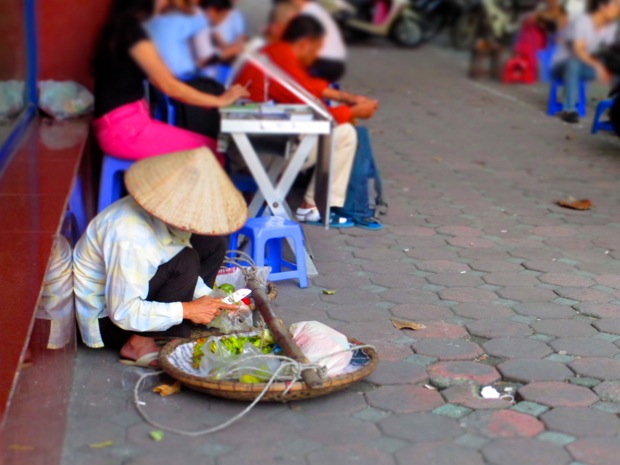 A Woman in Hanoi 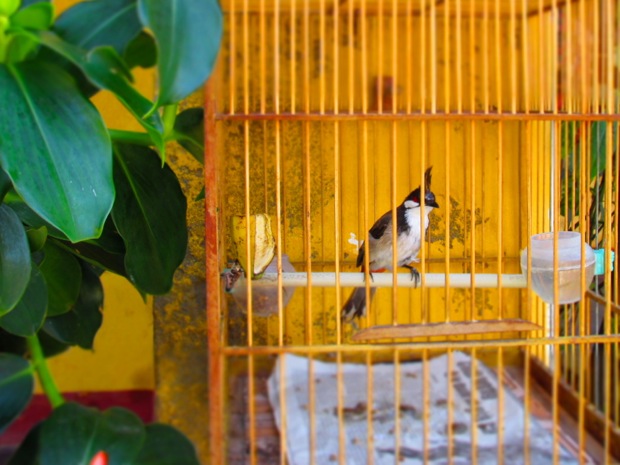 How I Fell For Hoi An