To Fear or Not to Fear: Hiking the Wild Osa Peninsula

Many of the adventures I have undertaken this year have positively terrified me.

I swore I would never sail again when I almost capsized in open Caribbean waters.

Could hardly believe I survived my many bus rides in Morocco.

Felt a strong desire to stay solidly on the ground after zip lining in Costa Rica.

Yet I continue to challenge my fears every day of my life.

It is one of the reasons why I travel.

I quiet my anxiety and remember that the stories that scare me exist only where they live:

The plane will not crash even though the air feels as rough as third world roads.

This bus will not overturn and roll down the rocky cliff despite the many blind corners.

That man with a machete has no intention of slicing anything but a coconut.

While I refuse to live a life dictated by fear, I must ask myself, when does fear serve me?

When is fear the primal voice inside alerting me, as an animal, that I am in danger?

Should that voice ever be silenced?

I was unsure whether this fear was one of the many games my mind plays or a true instinctual warning.

Two weeks ago, I gave myself permission to find out.

With food, clothing, and shelter on my back I began my twenty-two kilometer pilgrimage to the La Sirena Ranger Station, the least accessible but most biologically diverse base in Corcovado, if not the world.

The ocean warned us of its dangers with each thunderous crash.

Currents could consume one who dared look to the water for reprieve from the scorching sun.

If the sharks didn’t feast first.

Rocks and reef formed cliffs we had to climb, nesting seasnails in their crevices.

Deep in the jungle tangles of leaves provided shelter for venomous snakes.

My eyes rarely left the ground.

Monkeys feasted on bananas and swung across low limbs in the trees, howling above me.

Yet somehow, to my actual disappointment, it all felt so… accessible.

Was this the wild Osa Peninsula I had so feared?

Lacking confidence in our own ability to navigate the wild jungle, we had hired a guide in Puerto Jimenez to lead us to La Sirena. He trekked Corcovado at least one thousand times. Did I mention he was seventy-one years old?

Still he knew the Osa. And the trip to La Sirena had gone smoothly.

Until we reached the river.

We stared incredulously when he claimed we would have to cross.

I worried about balancing my belongings on my head while wading in neck high water.

Marissa, with her Alabama roots, declared it crocodile paradise. We had faced those waters before in Samara.

He laughed at our worries and I dismissed my and Marissa’s fears as foolish anxiety. The river had no crocodiles he assured. Besides it was the only path to entry.

I walked to the center, unable to see into the murky brown water around me, demonstrating that we could in fact cross.

We cooled our bodies in the river while Marissa paced anxiously on land. I learned how to float.

When our guide deemed it time to cross Marissa insisted he and two men we met on the path form a barricade around her.

I was humored by this spectacle and made the journey on my own, carrying my sack over my head channeling Chiquita Banana.

La Sirena stood in the distance like a desert oasis.

The low hanging sun cast a golden glow over the grassy fields.

We walked hurriedly down the landing strip in disbelief that we had finally made it.

The station was beautiful, clean, had showers, and wifi.

Planes came and went down a long landing strip created by Colombian drug smugglers decades before the park was discovered .

Today it brings tourists and guides from Puerto Jimenez.

Was Corcovado a hiker’s retreat kept secret by fear-filled rumors?

Our guide made no arrangements and we laid on the hard ground on towels, wrapped in the mosquito nets we rented back in Puerto Jimenez.

The next morning we heard stories of a hiker struck by the fer-de-lance viper, a deadly snake in Costa Rica.

He had on tall boots. I was less equipped.

We watched bull sharks swim in a transparent green river

and crocodiles float from the ocean’s mouth.

and bathe in cooling streams.

Spotted the Jesus Christ Lizard who walks on water.

Followed an anteater through the jungle

until he climbed high in a tree to avoid our gaze.

We stopped in wonder and terror when a puma blocked our path.

Twenty feet away we watched the beautiful feline gaze excitedly at monkeys playing up in the trees.

Our guide informed us not to worry; he would take his walking stick and move the puma out of our way. I gaped in horror.

Another guide insisted we wait until it decided to leave.

So we sat in silence and stared at its magnificence. In that moment every penny we paid, every sweaty step we took, every bite of bread and peanut butter we ate, was worth it.

But somehow, hours later, this incredible experience was tarnished.

Back at the lodge, in the early afternoon, our guide slept while other groups hiked nearby trails. One lead back to the river we crossed with trepidation the day before.

“I saw a crocodile there this morning,” a hiker said.

And with that my quieted fears resurfaced.

I asked every guide within earshot.

All confirmed crocodiles regularly bathed in the river we had crossed.

The other guides looked in disbelief at the photos of Marissa shoulder deep in deadly water.

I was sick contemplating the dangerous path I had unknowingly entered.

I wondered if I knew where the line between adventure and safety belonged.

The place that had once felt a little too civilized left me covered in more mosquito bites than I have ever known.

Left us picking multiple ticks off of one another for days.

Mostly it left me afraid.

We hired a guide for security we could not conjure in ourselves, yet it was in fact him who put us in danger.

However it was precisely this false confidence that gave us the courage to enter Corcovado in the first place.

Our confidence in him gave us the strength we failed to find in ourselves.

In the end I know we could have done it alone.

We knew how to read the tides.

We would have been safer and made the trek in half the time.

But I also know that we would not have done it alone.

And despite the dangers I would not un-live my experience.

For that, our dear old sweet guide, who may have been missing a few marbles, was worth every penny.

How to Plan Your Excursion To Corcovado National Park

Step 1: Determine Your Route in Corcovado

How much time do you realistically want to spend in Corcovado?

Do you feel comfortable sleeping in a ranger station?

Are you able to hike with your belongings on your back?

These are important questions to ask when planning your trip into Corcovado. Depending on your desires and needs there are wide variety of options in exploring the national park.

One hour in a taxi or collectivo to Carate, 3 kilometer hike down the beach to La Leona

Hike from Carate to La Sirena

Step 2: Choose a Base for Exploration

Corcovado is best accessed by either Puerto Jimenez or Bahia Drake depending on your desired mode of entry to Corcovado.

Puerto Jimenez is a small town across the Golfo Dolce from Golfito. The town itself is a dusty fishing village with modest, affordable accommodations. If you wish to fly to, hike to, or take a day trip in Corcovado it’s a good option to spend a night. We stayed one night here before taking a taxi to Carate where we began the hike to La Sirena. Tour operators advertise on the main street making it easy to arrange a trip.

Bahia Drake is a destination unto itself. The beaches and jungle are stunning and it’s possible to swim and snorkel in nearby islands. We chose not to begin here as there are no hostels. However, it is possible to find all inclusive jungle beach resorts for a reasonable price.

We chose to hire a guide for several reasons.

1. They can spot many animals and offer a wealth of knowledge on the national park and its creatures.

2. They know the path. While the trail is navigable, a guide takes any guess work out of the equation. They also know where many of the animals like to be which increases your chances of seeing rare wildlife.

3. They simplify the process. They have cooking equipment for you to use. They book your reservation at the park. They make the experience seem more feasible.

Don’t let my bad guide deter you. The other guides at the station were professional, safe, and well informed. Most were booked through Osa Wild.

If you choose not to use a guide there are two important things to know:

1. You must reserve your place in the park in advance. They restrict the number of people who can enter each day, so be sure to reserve ahead of time.

2. Reserve your spot in La Sirena. Whether you camp or take a dorm bed you must contact the station and reserve ahead.

3. Watch the tides! There are two spots in Corcovado where tides are a concern. Be sure to check the tide schedule and time your trek accordingly.

Food: Bring enough food for breakfast and dinner each day and lots of snacks. There is no refrigeration at the ranger station so plan accordingly. Also, remember that you are carrying everything on your back, so the lighter weight the food the better. Freeze dried meals from outdoor stores like REI are lightweight and easy to prepare.

Long sleeved shirt, I was very cold at night

Swiss Army Knife for cutting fruit on the trails

Lots and lots of bug spray

Toiletries, trust me you will want to shower!

Transportation: $10-$70 each way, depending on how you arrive

Want to create a truly life changing trip to Costa Rica? My eBook, The Ultimate Guide to Costa Rica will show you how! 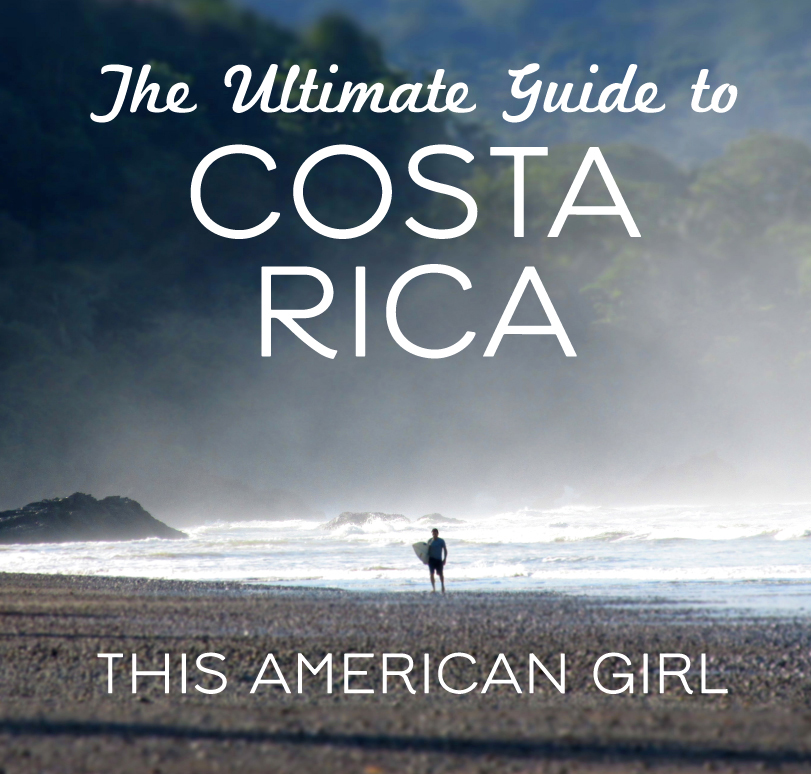 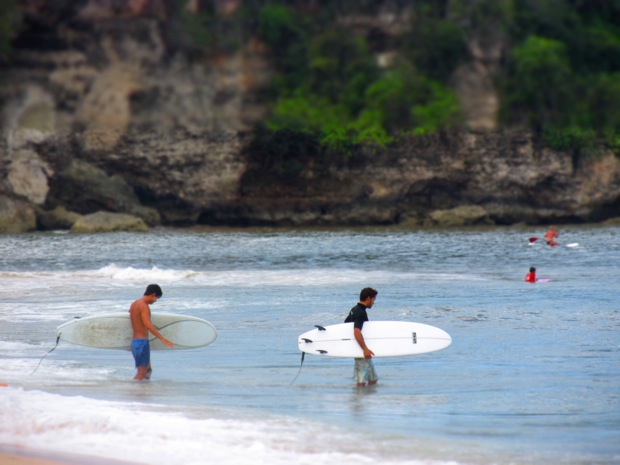 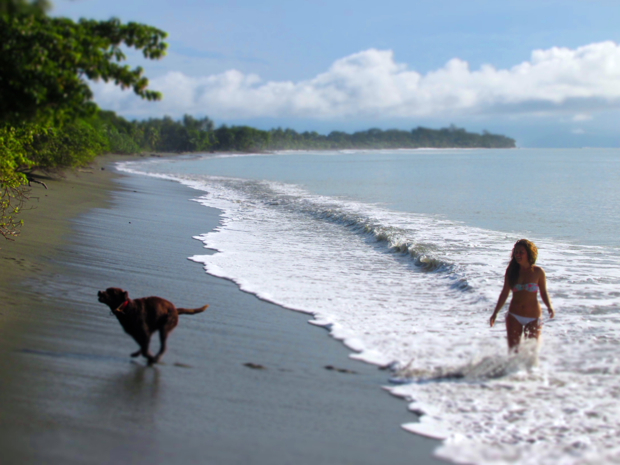 Does it Have to Hurt so Good? 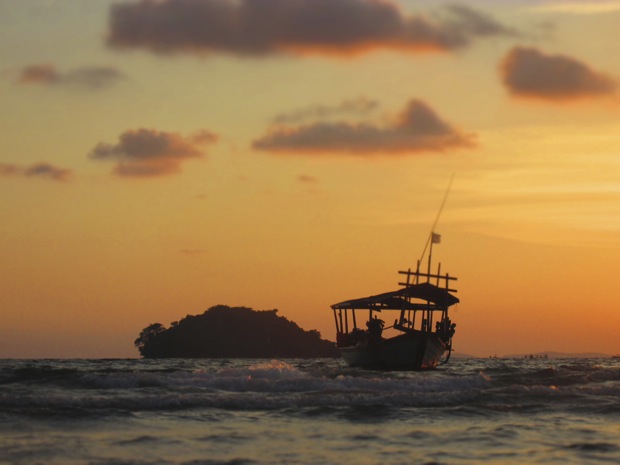